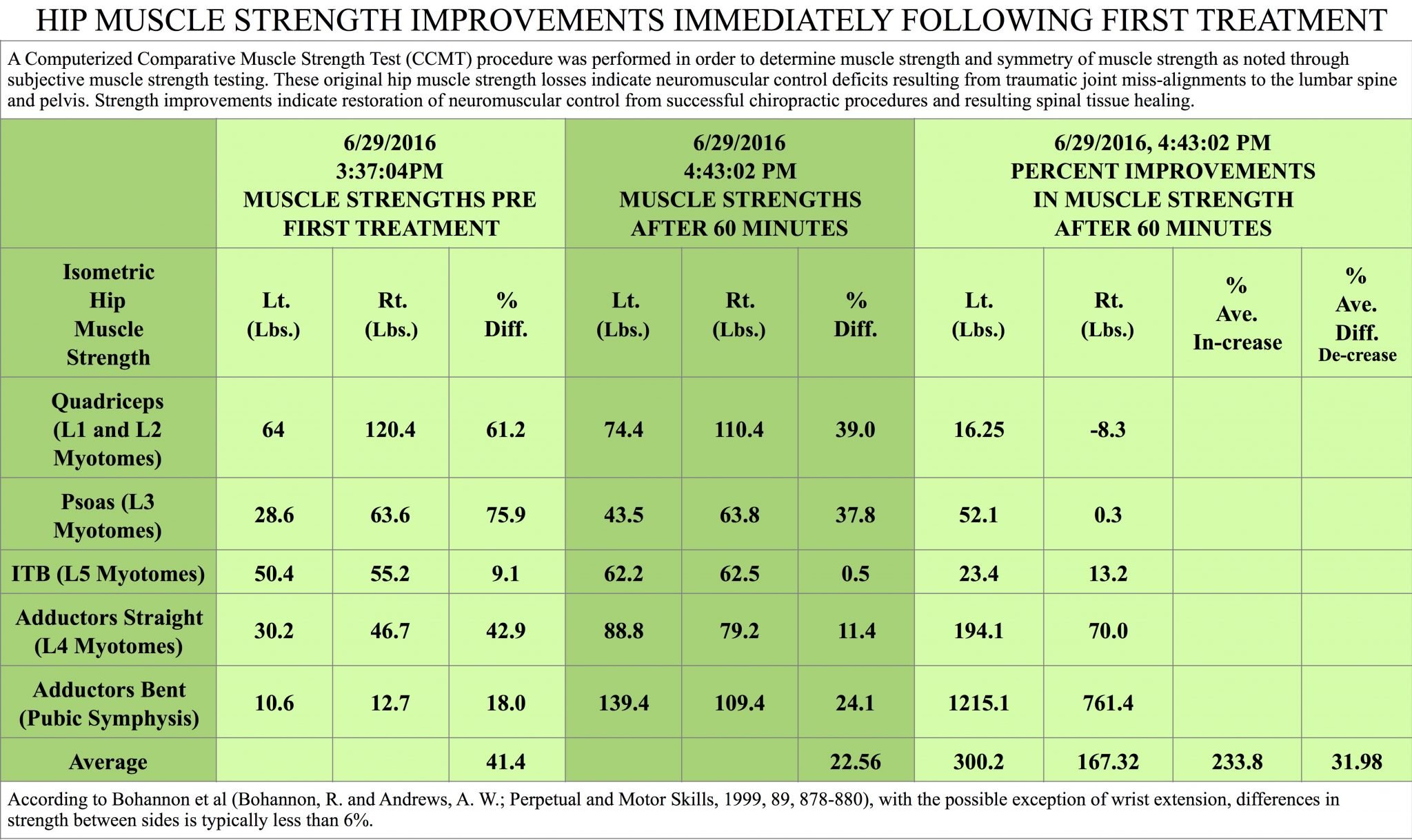 Manual testing of the patient’s hip muscles was performed earlier during his initial global screening consultation, and his hip adductor musc were noted to be very weak. Hip adductors are core muscles primarily responsible for stabilizing your legs, pelvis and low back,  keeping them aligned within your frontal plane (side-to-side orientation when viewed front-to-back). Weakness of these muscles allows your legs to abduct (spread apart), disturbing the upright alignment of your body and exposing it to injuries. Weakness of the hip adductors while both hips and knees are flexed specifically indicates misalignment (subluxation) of the pubic symphysis, a joint subluxation (misalignment less than a dislocation) which contributes to subluxations of your sacroiliac joints, hip sockets, low back vertebra, knees, ankles and feet, and everywhere else in your body for that matter.

Joint subluxations cause loss of neuromuscular control, meaning your movement will be weaker and less coordinated. The subluxation’s associated mechanical problems cause acute joint injuries and chronic joint wear and tear leading to degenerative arthritis.

The huge increase in hip adductor strength seen in this study demonstrates that the patient’s pubic symphysis was subluxated, but also that this subluxation was severely impairing his latently immense hip adductor muscle strength. The patient is an advanced athlete and reported that jumping up into a standing position upon an exercise ball had been a challenge before he began his joint corrective care.

The second measurement taken 60 minutes after the first, was take after the patient’s pelvis was leveled, upper back aligned with his center-of-gravity and standing body weight balanced between the rights and left sides of his body, and pubic symphysis, sacroiliac joints and low back joints were aligned. On the patient’s next follow-up visit the patient reported that immediately after receiving this corrective care, he began jumping up on the ball and standing there without hesitation or instability, and was able to do his cable resistance training there without stumbling, wavering or losing his balance.